The Opposition Board of Japan Patent Office (JPO) held in an opposition filed by Adidas AG that trademark registration no. 5958601 for the LSXI device mark shall be revocable due to a likelihood of confusion with world-famous Adidas Trefoil logo.

Opposed mark (see below), in the name of a Chinese business entity, was applied for registration on December 30, 2016 by designating apparels, shoes, headgear and other goods in class 25. 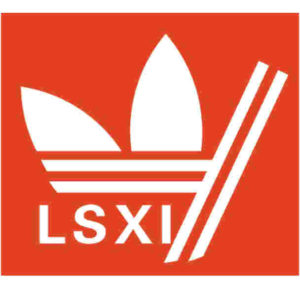 The JPO, going through the substantive examination, published opposed mark for registration on July 18, 2017.

Adidas AG, opponent, filed an opposition on August 31, 2017 and claimed that opposed mark shall be retroactively cancelled in violation of Article 4(1)(xv) of the Japan Trademark Law due to a likelihood of confusion with Adidas Trefoil logo (see below). 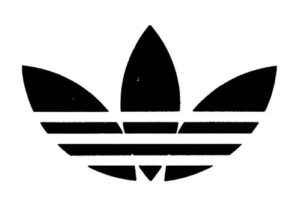 Article 4(1)(xv) provides that a mark shall not be registered where it is likely to cause confusion with other business entity’s well-known goods or services, to the benefit of both brand owner and consumers.

Adidas argued that the figurative element of opposed mark evidently gives rise to a same impression with the Trefoil logo in view of basic configurations consisting of two or three laurel leaves intersected by two or three stripes in parallel. Being that the Trefoil logo has been mainly used on sports clothes and sports gear and often seen with athletes during the race and game, consumers are accustomed to conceiving it even at a partial sight of the logo.

The Opposition Board admitted a high degree of reputation, popularity and originality to the iconic Adidas Trefoil logo in relation to sport clothes, casual wear and footwear at the time of initial filing and registration of opposed mark.

Regarding similarity of the marks, the Board considered relevant consumers are likely to have impressions that opposed mark contains dominant portions of a world-famous opponent mark and redesigned the Trefoil logo in part.

Since apparels and shoes designated under opposed mark are for daily use and consumed by the general public, it is evident that usage, purpose and consumers of the goods are same with that of sport clothes, casual wear and footwear on which the opponent has been using the Trefoil logo.

Based on the foregoing, the Board concluded relevant consumers are likely to confuse or connect a source of the opposed mark with Adidas AG or any entity systematically or economically connected with the opponent when used on goods in question. If so, opposed mark shall be cancelled in violation of Article 4(1)(xv) of the Trademark Law.