The Japan Patent Office (JPO) has rejected an opposition from Starbucks to trademark registration no. 5897739 for the green-and white “BULL PULU TAPIOCA” concentric circle logo with a puppy white bull dog in the center.
[Opposition case no. 2017-900048] 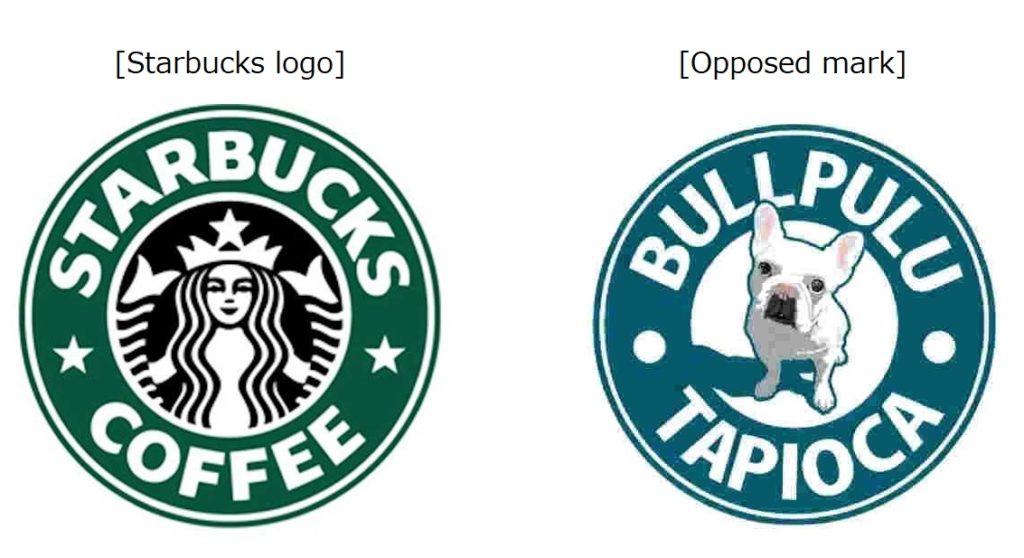 Subsequently, Starbucks Incorporated, a US coffee chain, filed an opposition based on a conflict with famous Starbucks trademarks.

In the opposition, Starbucks alleged violation of Article 4(1)(vii), (xi) and (xv) of the Japan Trademark Law.

Article 4(1)(xv) excludes a junior mark which is likely to cause confusion with goods or services belonging to another business entity.

The Opposition Board of JPO admitted a high degree of reputation and popularity to the iconic Starbucks logo among relevant consumers at the time of initial filing and registration of the opposed mark.

In the meantime, the Board found that both marks are dissimilar due to a distinctive difference in literal elements and design depicted in the center. Besides, by taking account of severe dissimilarity of both marks, the Board denied a likelihood of confusion between the marks as well.

To bolster the public disorder allegation, Starbucks revealed the facts that applicant of the opposed mark was a former CEO of J.J. Co., Ltd., a tapioca drink parlor, and Opposed mark has been used on shop signs and cups for drink managed by J.J. Co., Ltd. in fact (see below). 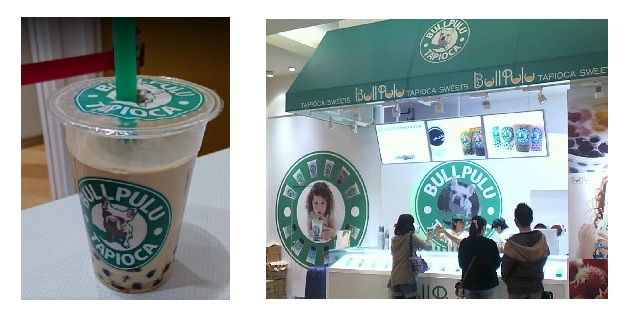 The Board held that such facts are insufficient to conclude Opposed mark may offend public order and morals if registered.