Chanel lost in its attempt to block Japanese Trademark Registration No. 6160592 for a composite mark consisting of words “GONNA GETCHA” combined with a design made of two inverted and interlocked “G”.
[Opposition case no. 2019-900284, Gazette issued date: December 25, 2020]

The opposed mark consists of the words “GONNA GETCHA” combined with a design made of two inverted and interlocked “G” (see below). Applicant, a Japanese company, M-Paulownia Co., Ltd., filed the opposed mark for use on ‘key rings; personal ornaments; shoe ornaments of precious metal; clocks and watches; unwrought and semi-wrought precious stones and their imitations’ under Class 14 on June 6, 2018.

The mark was published for post-granted opposition on August 6, 2019, without confronting any office action from the JPO examiner.

On October 2, 2019, CHANEL SARL filed an Opposition and argued the opposed mark shall be canceled in contravention of Article 4(1)(xi), (xv), and (xix) of the Trademark Law on the ground that:

The JPO Opposition Board admitted that Chanel’s monogram has acquired a high degree of reputation among relevant consumers in Japan based on substantial use of the monogram on various fashion items including jewelry, accessories, and watches under Class 14. Allegedly, CHANEL spent more than 5 billion JP-Yen on advertising in Japan each year since 2014. Annual sales revenue exceeds 50 billion JP-Yen. Jewelry accounts for 3 billion JP-Yen of the revenue.

In the meantime, the JPO denied the similarity between the opposed mark and the monogram. From appearance, the differences arising from ‘C’ or ‘G’ and “GONNA GETCHA” would give rise to a distinctive impression. Phonetically and conceptually, it is obvious that both marks are sufficiently distinguishable by virtues of the differences.

Given a low degree of similarity between the marks, the Board held the opposed mark is unlikely to cause confusion when used on goods under class 14.

Assuming that both marks are dissimilar, the Board was unable to find any reasonable ground to believe that the applicant aimed for free-riding on the goodwill of Chanel’s monogram.

Based on the foregoing, the JPO dismissed the entire allegations of CHANEL SARL and allowed the opposed mark to register as the status quo.

In a recent administrative decision, the Appeal Board of Japan Patent Office (JPO) disaffirmed the examiner’s refusal and held a composite mark, consisting of words “PERFECT GEAR AGENCY” and a monogram “PGA”, is dissimilar to the senior registered word mark “PGA” owned by Professional Golf Association.
[Appeal case no. 2019-10638, Gazette issued date: September 25, 2020]

Disputed mark, see below, was applied for registration in relation to retail or wholesale services for various goods, e.g. foods and beverages, footwear, bags, automobiles in class 35 on January 24, 2018.

The disputed mark consists of the “PGA” monogram and the words “PERFECT GEAR AGENCY” on the right. The initial letter of the respective term is colored in red. Apparently, the monogram comes from an initial letter of each word “PERFECT”, “GEAR” and “AGENCY”.

That being the case, the applicant filed an appeal against the refusal and contended dissimilarity of the mark.

The Appeal Board found that the “PGA” monogram and words “PERFECT GEAR AGENCY” can be separably seen from a visual point of view. Besides, the “PGA” monogram per se does not give rise to any specific meaning. It is unknown whether relevant Japanese consumers have been familiar with the words “PERFECT GEAR AGENCY” as a whole. If so, the words do not give rise to a specific meaning as well.

By taking account of the above, the Board pointed out the disputed mark shall be pronounced as “PERFECT GEAR AGENCY”, but has no meaning.

Based on the foregoing, the Board concluded the refusal shall be disaffirmed since the examiner erroneously found that the disputed mark gives rise to a pronunciation of “PGA” from the “PGA” monogram. 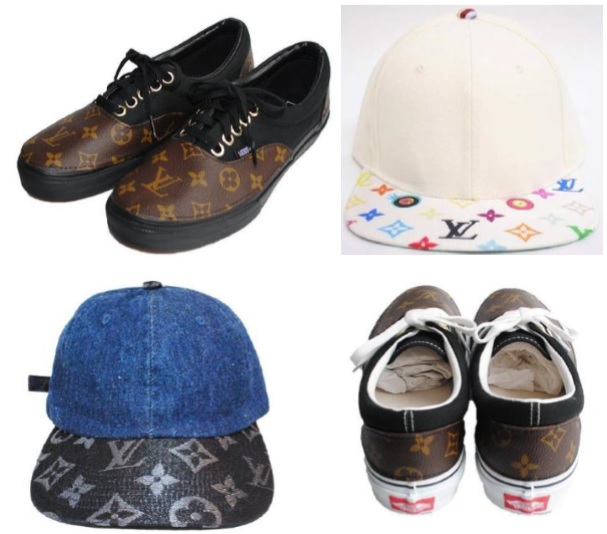