It is currently possible to register a trademark in two routes: designating Japan under the Madrid Protocol (international trademark registration); or, directly filing Japanese trademark application to JPO. 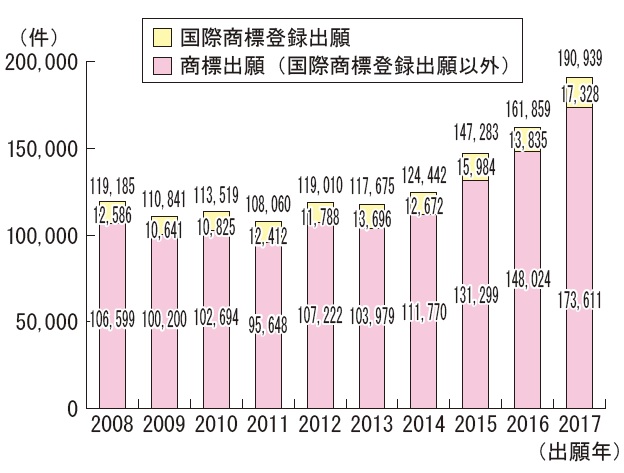 Due to the increase, the period from the filing date to the date of issuing the first notice of examination result, i.e., the first action (FA) pendency, was accordingly getting longer. FA pendency for the previous three years was less than five months (4.1 months in 2014, 4.3 months in 2015, 4.9 months in 2016). In the meantime, the period in 2017 exceeded six months.

Annual Report has reference to first national trademark registration with an aim to look back on long history of the Intellectual Property System in Japan,

First Trademark Act was executed in October 1, 1884, which was 17 years after the Samurai era ended and Japan has driven toward modernization. First national trademark registration (see below) was registered in 1885. The mark was filed in the name of Yuuki Hirai (individual in Kyoto) by designating medicines. 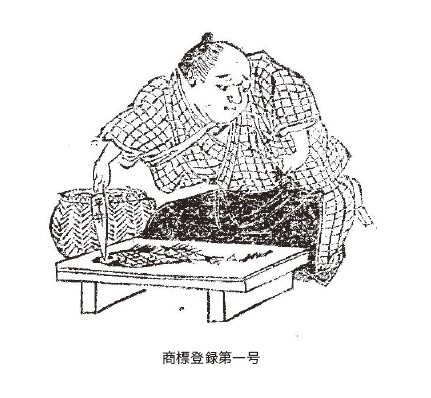