Plaintiff, Co-medical Co., Ltd., has launched the sale of brassiere for use at home under the trademark of “Funwari Room-Bra” on September 12, 2016. By virtue of comfort to wear and elegant design of non-wired bra with adjustable breast support band under the cups and longline lace frill (see below left), the bra was a huge hit, ranked No. 1 on Amazon Japan. Total sales over three year period exceeded 1.4 million bras.

In October 2018, the defendant began to sell non-wired bras under the trademark of “Moriage” (see above right) that has substantially the same configuration as P’s “Funwari Room Bra.” Sales of D’s bra reached 30 million JP Yen by the time D terminated the sale in September 2019.

Co-medical filed a lawsuit at the Tokyo District Court in May 2019, and argued the configuration of D’s bras constitute an act of unfair competition under Article 2(1)(iii) of the Unfair Competition Prevention Law that prohibits “commercial act to assign goods that imitates the configuration of another person’s goods unrelated to achieve a technical function before the lapse of three years from the date of release in Japan.” If so, given substantial resemblance in shape and design between two bras, D shall be liable for 202 million JP Yen damages caused by their act under Article 5(2) and attorney fee.

The court found D’s bra constitutes an unfair competition act prohibited under Article 2(1)(iii) and awarded damages of 200 million JP Yen over a dead copy of bra design by stating as follows.

On December 17, 2020, the Japan IP High Court upheld awards for JPY2,900,000 for damages suffered by Hermès in relation to a trademark infringement and passing-off case regarding the Birkin Bag imitations.
[Court case no. Reiwa2(Ne)10040]

HERMES INTERNATIONAL, a French luxury fashion house, has owned Japanese trademark registration no. 5438059 for the 3D shape of the “Birkin” bag in connection with handbags of class 25 since 2011 by successfully demonstrating acquired secondary meaning as a specific source indicator of Hermès’ luxury bags.

Hermes sued Kabushiki Kaisha Tia Maria at the Tokyo District Court for violating its trademark right and the unfair competition prevention law by allegedly promoting 100 or more Birkin look-alike bags (see below) in Japan with a price tag of JPY27,300 from August 2010 to February 2018.

On June 3, 2020, the Tokyo District Court decided in favor of HERMES INTERNATIONAL and awarded damages for trademark infringement and passing-off in the amount of JPY2,900,000.
[court case no. Heisei31(wa)9997]

In the decision, the Tokyo District Court found that Hermès Birkin Bag has acquired distinctiveness and become remarkably famous as a source indicator of Hermès’ luxury bags by 2009.

Besides, the court held that defendant’s goods constitutes an infringement of the 3D shape of the “Birkin” bag trademark since both are confusingly similar in view of the following aspects:
(a) a distinctive three-lobed flap design with keyhole-shaped notches to fit around the base of the handle, (b) a dimpled triangular profile, (c) a closure which consists of two thin, horizontal straps designed to fit over the flap, with metal plates at their end that fit over a circular turn lock, (d) a padlock which fits through the center eye of the turn lock and (e), typically, a key fob affixed to a leather strap, one end of which is affixed to the bag by wrapping around the base of one end of the handle.

The district court decision was challenged by the defendant before the High Court to set aside or vary it, however, the IP High Court dismissed the appeal entirely and sided with HERMES INTERNATIONAL.

On January 29, 2020, the Japan IP High Court ruled in favor of Nintendo over a case against go-kart operator Mari Mobility (the company formally named Maricar) and ordered damage compensation of 50 million JP.

Mari Mobility, the go-karting company formerly known as Maricar, has provided services for tourists riding around Tokyo streets in go-karts and offered Nintendo-themed costumes for customers to wear as various Mario characters, strongly resembling the likes of Mario Kart. The service has been a popular tourist attraction.

Nintendo quickly stepped in and sued Mari Mobility for their Street Kart service, initially winning in 2018.

Subsequently, Mari Mobility has re-branded its service as Street Kart, providing superhero-themed outfits and swapping out all Nintendo references with various superhero ones. Besides, “Unrelated to Nintendo,” was written on Mari Mobility’s karts.

We at Street Kart is providing our service as usual. Street Kart is fully complied [sic] through local governing laws in Japan. Street Kart is in no way a reflection of Nintendo, the game ‘Mario Kart’. (We do not provide rental of costumes of Mario Series.)

Mari Mobility hoped to reduce the damages owed to Nintendo, a sum of 10 million yen (around $92,000) awarded by the lower court. The strategy has backfired, however, with Mari Mobility losing and IP High Court judge ordering them to pay five times the damages, now totaling 50 million yen ($458,000)

In a statement following the ruling, Nintendo stressed that it will continue defending violations of its intellectual property that damages the brands it has built up over numerous years.

On December 27, 2018, the Tokyo District Court sided with Luis Poulsen A/S, a Danish company, in a lawsuit for trademark infringement against R&M Japan Co., Ltd. who imported into Japan and sold lighting apparatus allegedly identical with or confusingly similar to a registered 3D mark in the shape of unique pendant lamp shade well-known for “PH5” and awarded damages of 4.4 million JPY. [Case no. Heisei 29(Wa)22543]

Luis Poulsen A/S has manufactured and sold lighting apparatus with a unique lamp shape well-known for “PH-5” in Japan past four decades. The shape was successfully registered as a 3D mark by the JPO in 2016 as a result of demonstrating acquired distinctiveness of the shape as a source indicator in connection with goods of ramp shade in class 11 (see below) [Trademark registration no. 5825191]. 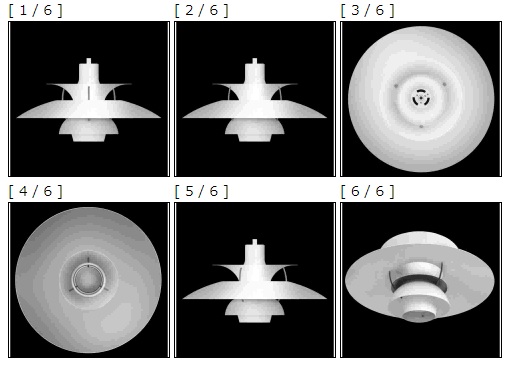 R&M Japan, Defendant, imported into Japan and sold lighting apparatus which apparently looks identical with the shape of PH-5 (see below). 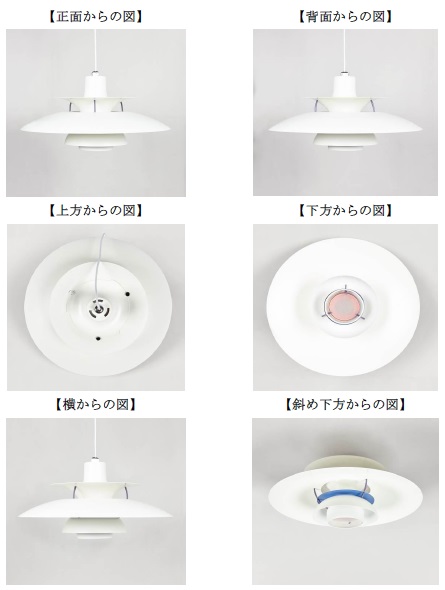 Defendant argued that the Court should dismiss the complaint in its entirely.

According to the court decision, defendant admitted to reproducing a design which has terminated its exclusive right after the lapse of statutory period and thus became public domain.

Defendant also disputed there happened no damages to plaintiff on the grounds that the company put consumers on notice to offer replica designer lighting or free generic design items in the marketplace. There exists a remarkable price gap between genuine PH-5 and defendant product. If so, claimed damages shall not be linked to defendant’s act.

The Tokyo District Court ruled in favor of Luis Poulsen by stating that:

Based on the foregoing, the Court ruled that R&M Japan committed a trademark infringement and awarded Luis Poulsen 4.4 million JPYen for damages.

R&M Japan once challenged validity of trademark registration for the 3D mark of PH-5, but resulted in vain. click here.