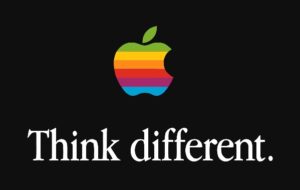 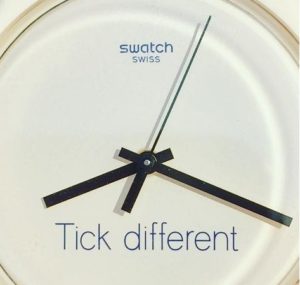 In a recent decision, the Appeal Board of Japan Patent Office (JPO) dismissed an appeal filed by NIKE Innovate C.V., who attempted to register a word mark “JUST DO IT” in standard character on cosmetics and other goods classified in class 3 by means of “defensive mark” under Article 64 of the Japan Trademark Law.
[Appeal case No. 2015-23031, Gazette issued date: February 23, 2018]

According to Article 64, famous brand owner is entitled to register its brand as “defensive mark” with respect to dissimilar goods/services that are not designated under the basic registration, where the owner shall demonstrate that the mark has acquired remarkable prestige in relation to the goods/services on which the mark has been substantially used, and thus there will be likely to occur confusion with the owner if an identical or similar mark is used on dissimilar or remotely associated goods/services with basic registration.

NIKE Innovate C.V. owns trademark registration no. 4206837 for the word mark “JUST DO IT” on apparels, shoes and sportswear and other goods in class 25 since 1998.

NIKE sought to register the mark as defensive mark on cosmetics (class 3) on October 22, 2014 (Trademark application no. 2014-88774). Examiner refused the application by stating that it is unclear whether the mark has been used in connection with applicant’s goods of class 25. If so, the mark can be recognized merely as a commercial slogan to represent sports event. Consequently, examiner considers the mark has not become well-known mark as a source indicator of applicant.

The Appeal Board likewise questioned whether “JUST DO IT” has been used as a source indicator of apparel, shoes, or sportswear.

Board admitted a certain degree of popularity and reputation on the term “JUST DO IT” as a corporate message from NIKE, however, upheld the refusal by stating that the produced advertisement and evidences regarding “JUST DO IT” are insufficient and vague to connect the term with goods designated under basic registration.

Apparently, the Board underestimated “JUST DO IT” on the grounds that NIKE failed to advertise the term in a manner closely connected with specific goods.

In an effort to curb excessive work hours and to boost weak consumer spending, the Japan government and business lobby groups launched the Premium Friday campaign on Feb. 24, 2017.
The government-backed “Premium Friday” campaign calls on workers to leave the office at around 3 p.m. on the last Friday of each month so that they can go out and have fun.
However, only a small number of companies have managed to establish the practice of departing early in fact, while operators of department stores and amusement facilities are running out of ideas to attract visitors on the designated Fridays.

By the way, who on earth takes it for granted that “Premium Friday” is a registered mark?

The Japan Patent Office on-line database revealed the following “Premium Friday” marks used on the campaign have been registered without a doubt.

You would feel like questioning “Who is a registrant?”, wouldn’t you?
When I found the name of the registrant, I was shocked!
Registrant of “Premium Friday” marks is Minister of Economy, Trade and Industry, not an individual person assuming the position of Minister.
I didn’t know that Minister is eligible to own trademark registration in the name of ministerial capacity. Does such thing happen only in Japan?